The Internet Service Providers’ Association (ISPA) is a non-profit organization and is a voluntary association of members providing internet access services in South Africa. The ISPA is recognised as an Industry Representative Body in terms of the Electronic Communications and Transactions Act. This recognition gives Internet Service Provides (ISPs), who are members of the ISPA, limited liability for content displayed on the internet.

The ISPA publishes regular advisories on what each set of legislation or the regulations thereto requires of ISPs to remain compliant with the relevant legislation. Over the years, the ISPA has established relationships with various governmental bodies to share information and experiences on industry issues. Some of these government bodies include, ICASA, the Film and Publications Board, SAPS, WAPA, SABRIC and FTTX Council Africa.

All ISPA members are bound by a code of conduct, which requires them to maintain certain standards relating to privacy, consumer protection, and the protection of vulnerable persons. Members of the public buying services from an ISPA member can therefore expect that the content hosted by a member is accurate and honest, and if it is not, recourse if available. 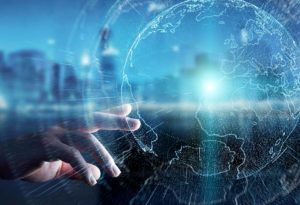 If a dispute arises between an ISP and a consumer, the ISPA is approached to mediate these disputes. It provides a useful service for a customer who may not have reached the correct person within an ISP to resolve his/her problem. The ISPA will collect as much information about the issue as possible and ensure that the complaint reaches the correct person to solve the problem.

It sometimes happens that an Internet Service Provider (ISP) hosts unlawful content, whether knowingly or ignorantly. Examples of unlawful content includes intellectual property of others, fraudulent sites, or phishing. These ISP’s can be reported to the ISPA in a procedure known as a take-down notice. The take-down notice is an electronic form which is found on ISPA’s website (ispa.org.za) and filled in with the relevant infringement, fraud, phishing or any other unlawful activities of a particular website. The ISPA will review the complaint and act thereon if necessary. Any person or organisation can report on alleged unlawful activity of an ISP. It is, however, important to take note that the ISPA can only take action against an ISP who is also a member of the ISPA.

The Internet Service Providers’ Association has also founded South Africa’s first Internet exchange in 1996 and has operated continuously since then. The internet exchange is run as INX-ZA and it helps to keep internet traffic in South Africa and provides members a cost-effective alternative to using more expensive international connections.

The ISPA also has an active security working group whose purpose is to monitor national cybersecurity developments and to engage with other industry bodies to combat cybercrimes. The ISPA operates the iCode project which combats infected end-user machines on the South African Internet.

Through the ISPA’s actions it protects the integrity of the South African internet, as well as its users and provides effective mechanisms for the general public to bring to the ISPA’s attention any activity on the web which raises concern.