Should Covid Vaccines be Patentable? The Law Versus Ethics

The two most effective vaccines against the coronavirus are based on messenger RNA, a technology that has been in the works for 20 years. When the Covid-19 pandemic began in 2020, scientists at several biotech companies were quick to turn to mRNA as a way to create potential vaccines.  In late December 2020, at a time when more than 1.5 million had died from Covid-19 worldwide, the vaccines were approved in the US, marking the beginning of the end of the pandemic.

The new Covid vaccines are based on a technology never before used in therapeutics, and it could transform medicine, leading to vaccines against various infectious diseases, including malaria.  Messenger RNA also holds great promise as the basis for cheap gene fixes to sickle-cell disease and HIV. 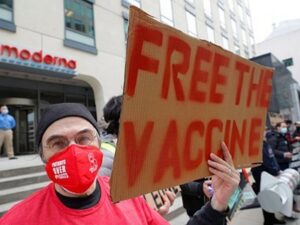 According to the South African Patents Act, an invention is patentable if it is new, inventive and capable of being used or applied in trade, industry or agriculture.  This includes matter such as compositions, configurations, combinations of synergistic effect, and vaccines.  South African patent law prohibits the registration of a patent in respect of a method of treatment of the human or animal body, through therapy, surgery or diagnosis practiced on the human or animal body.  It does not, however, prohibit patent registration for compositions, such as vaccines, used to treat the human body, provided that such vaccines are indeed new and inventive in that the combination of essential elements in the vaccine cocktail provide a synergistic advantage that has not been achieved in prior vaccines.

However, every country should have the right to make its own vaccines during a pandemic. That’s the principle underpinning a campaign to temporarily waive intellectual property (IP) protection on coronavirus vaccines.  The campaign was initiated by India and South Africa, and is being backed by more than 100 countries, along with international organizations including the World Health Organization and the United Nations AIDS charity, UNAIDS. The goal is to reduce the barriers to countries producing their own vaccines, particularly for the lowest-income nations.

At present, the proposal does not have the support of the pharmaceutical industry, nor that of most high-income nations.  Instead, these countries are pledging to share more of their own vaccines with low-income nations and to provide more funding to charitable vaccine-provision schemes such as COVAX.

However, in a surprising and welcome move, the United States, Russia and China came out in support of an IP waiver on vaccines.  The significance of the US decision, in particular, cannot be overstated, because the country is the world’s largest market for pharmaceuticals.  For decades, US governments have worked with industry, universities and other research-intensive nations in setting, and enforcing IP rules, most recently through the World Trade Organization (WTO), where the IP waiver proposal is being discussed.  Even a few months ago, the mere idea of the United States taking this position would have been unthinkable.  Now that it has done so, those countries still holding out, notably Japan, South Korea, the United Kingdom and European Union member states, need to follow suit.

One of the biggest concerns about IP waivers is that they provide a short-cut to competitors looking to acquire expensive technology.  Companies also say that IP relief will not accelerate vaccine manufacturing, because materials are in short supply, and it can take several years to build up capacity from scratch.  Moreover, the governments opposing the waiver argue that current WTO rules already allow countries to apply for compulsory licensing to override IP during emergencies.

These are important arguments and need to be addressed. But they are not, in themselves, reasons for denying IP relief.  If anything, as the pandemic wears on, the reasons to allow a waiver grow stronger.  The core problem is that vaccine manufacturing, research and development is too heavily concentrated in a small group of high- and middle-income countries.  Companies in these countries, which are also the main IP holders, have sold the majority of available vaccine doses to their own governments, and to governments of other high-income nations.