Get to know me
It’s every lawyer’s dream to help shape the law, not just react to it. – Alan Dershowitz 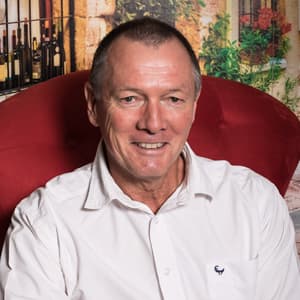 Mike du Toit is an admitted attorney of the High Court of South Africa, a qualified trade mark Practitioner and senior adjudicator of domain name disputes in terms of the Electronic Communications and Transactions Act, 2002 ( ECT Act) and regulations.  He has more than 20 years’ experience in intellectual property law and is a former head of the trade mark litigation department in John & Kernick and Bowman Gilfillan Inc.  He is also a founder and former head of the Intellectual Property Department of Edward Nathan Sonnenbergs.

Mike served on the council of the South African Institute of Intellectual Property Law (SAIIPL) for several years, is a past President of the South African Institute of Intellectual Property Law (SAIIPL), and was chairman of their ADR committee that set up the domain name dispute resolution platform for the resolution of domain name disputes in terms of the ECT Act and regulations.  He has extensive experience in the creation, protection and enforcement of clients’ rights, not only in South Africa, but across the African continent and the rest of the world.  He has litigated extensively in the High Court of South Africa, in front of the Registrar of Trade Marks, Registrar of Companies and in the Advertising Standards Authority.  Mike has advised a number of South African and international companies on strategic intellectual property issues ranging from licensing issues, clearances searches, due diligences and mergers and acquisitions.

Don’t Wait Any Longer. Get in touch with us Today!